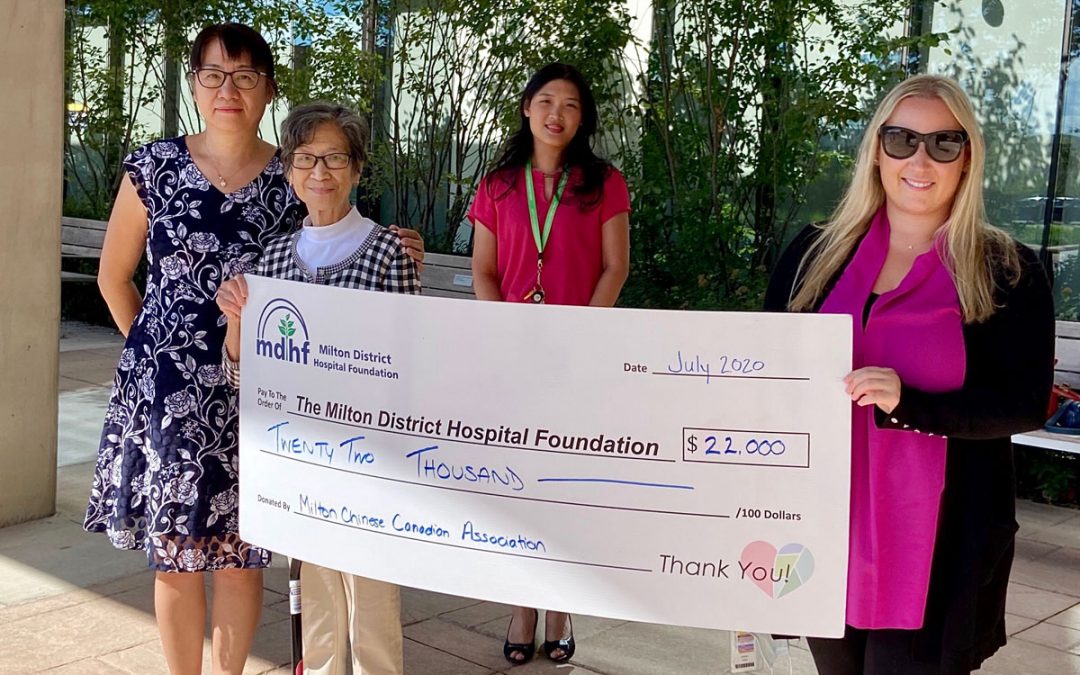 Milton Chinese Canadian Association Rallies Together to Support Our Hospital

“When we told our members that our hospital needed support, they immediately responded.”  These are the words of Tony Wei, President of the Milton Chinese Canadian Association (MCCA).  He worked together with Teresa Tan, the previous President, to coordinate a donation of $22,000 from the members of the MCCA to Milton District Hospital Foundation.

The MCCA is a group established in 2008 to help Chinese-speaking immigrants in Milton access resources and participate in the wider Milton community.  The MCCA provides language classes, recreational activities, and even an annual children’s talent show.

Each year, the MCCA hosts a Chinese New Year Gala to benefit the community.  In 2013, the proceeds of the gala were donated to Milton District Hospital Foundation to support the expansion of the hospital.  Unfortunately, in the Spring of 2020, the Gala had to be cancelled because of the pandemic.  Tony says, “This was what triggered us to make a donation to the hospital.  We recognized that the hospital was facing a significant challenge and we wanted to help.”

Teresa was proud of the response from the members of MCCA.  She says, “More than 100 families responded to our call.  Some of the people who made donations don’t even live in our community anymore but they still wanted to support our hospital.”

Helen Vatistas, Executive Director of Milton District Hospital Foundation is grateful for the support of Community Partners such as the Milton Chinese Canadian Association.  “It is donors such as the MCCA that have enabled our hospital to purchase the equipment that we need to care for our patients during the pandemic and beyond.  We appreciate their generosity because it has a significant impact on our healthcare providers and on the patients at our hospital.”  If you are interested in hosting a Community Partner fundraiser, please contact Vanessa Briguglio by phone at 905-878-2383 ext. 7173 or by email at vbriguglio@haltonhealthcare.com.